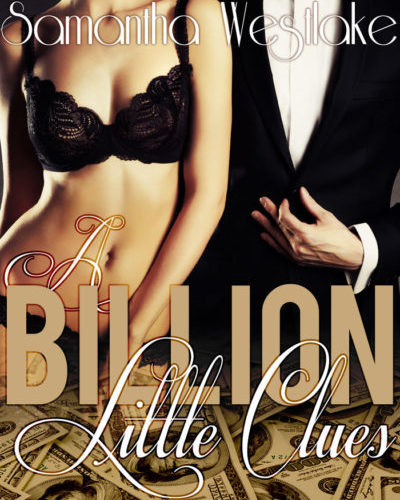 Get it now, exclusively on Amazon – for Kindle or in paperback!

”I didn’t know what was worse: the fact that I’d totally been making out with the billionaire CEO of my entire company – or watching afterward as the police led him away in handcuffs…”

Melinda Gaines, overworked personal assistant to an entire office division, is quite certain that she’s cursed with permanently bad luck. Her boss keeps making entirely unreasonable demands, no guy has seen the inside of her apartment in months, and the final straw comes when she breaks her favorite heel coming into work this morning.

But when her boss gets sick, Melinda is sent to a party at the CEO’s house in his stead. She soon finds herself sharing a romantic, moonlit balcony with a mysterious and unnervingly handsome stranger. And soon, Melinda is convinced that her run of bad luck is over.

That’s before the party ends, of course. Just moments later, a man is dead, and her new crush is in handcuffs! Tonight, Melinda’s discovered two things:

First: she’s fallen for none other than the bad-boy billionaire CEO of the entire company, Roman Wayland.
Second: this billionaire is the police’s number one murder suspect. And only Melinda can prove his innocence.